“Dylan had his best day ever!”

Being told your son has a brain tumour is like living out your worst nightmare. I remember sitting in front of the doctor as all my fears came true. However, as strange as it sounds, there was a sense of relief as he delivered the MRI results – while it was the last thing I wanted to hear, I was relieved we knew what we were fighting. 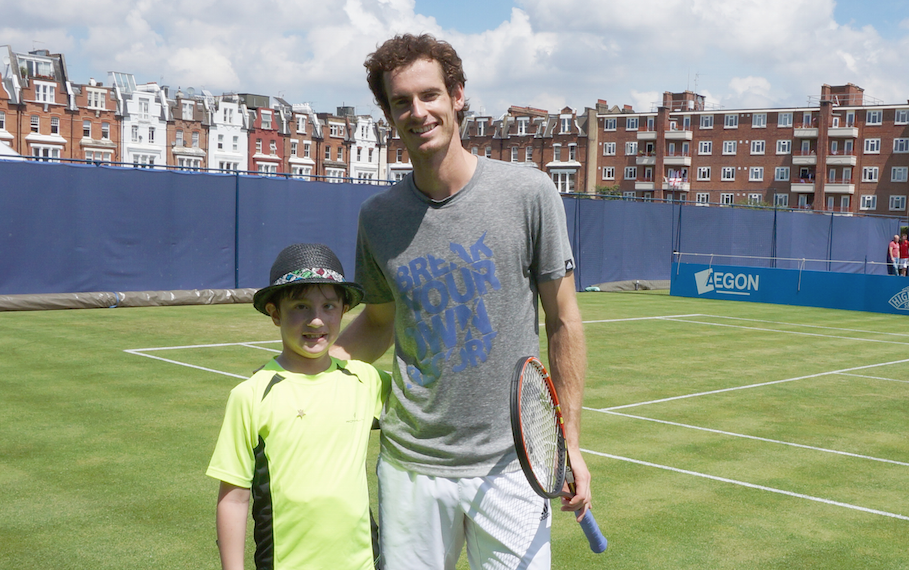 My husband and I became worried about Dylan’s health towards the end of 2012, when he was six. He had issues over the years that I think were to do with the tumour – such as coordination and speech problems – however it was after turning six that he started to experience very noticeable symptoms.

He started vomiting, was really thin, experienced headaches and eyesight problems. He had also started taking afternoon naps, which was really out of character. He has quite a full-on personality so we couldn’t understand why he was so lacking in energy.

Although we could see Dylan was fading, our GP kept insisting it was just a virus. Eventually in 2013, we were given an appointment at Wexham Park Hospital, where Dylan was seen by a paediatrician who ordered an MRI scan to rule out anything serious.

We were shocked when, following the scan, one of the doctors took me into a room and told me Dylan had a very large mass and hydrocephalus – a build-up of fluid – on his brain. I couldn’t believe what I was hearing and broke down in tears.

The hospital ordered an ambulance to take us to John Radcliffe Hospital, where Dylan was operated on to relieve the fluid on his brain. They then did a biopsy, which revealed he had a slow-growing tumour deep in the centre of the brain.

Although the location of Dylan’s tumour made surgery tricky, they needed to try and debulk as much of it as they could before he started chemotherapy, so he was operated on the next day. We were warned there could be risks to his sight, smell and other senses, and sadly, Dylan did end up losing sight in one eye and peripheral vision in the other, but he has coped really well.

While Dylan was being treated at John Radcliffe, we were referred to Make-A-Wish by a community nurse. Someone from the charity came to visit us and, as Dylan is tennis mad, he asked if he could play with Andy Murray. When they told us they had arranged for us to go and meet him that summer, we were all incredibly excited.

Tennis is a big part of our lives and Dylan has been playing since he was four years old. He would always play imaginary games with Andy Murray out in our backyard, so to be given the opportunity to play with the actual person was just incredible.

On the day, we were picked up from our home in a limo and taken to the courts of Queen’s Club, London, where Andy was warming up. Dylan had a chat with Andy – who was lovely – followed by a game. He was really focused and played the tennis of his life, even playing a winning shot!

Dylan finished chemotherapy in December 2014, and MRIs taken throughout the 18 months of treatment showed it had shrunk the tumour and stopped it growing. Dylan will be monitored for five years now to check it doesn’t grow back, but at this stage we’re all hoping for the best.

With all Dylan’s been through, it was so important to have something special for him to look forward to and focus on, to help balance out some of those difficult times. Make-A-Wish creates memories families like ours can cherish forever.

The £12,878 that Make-A-Wish raised in The Candis Big Give will enable them to grant wishes for four children fighting life-threatening conditions. Whether they want to do an activity, visit somewhere or meet someone special, the charity will allow them to fulfill their dream and create special memories.