Back to previous page | Home The Cure Parkinson’s Trust

Rachel Gibson, 44 from Buckinghamshire, reveals how much The Cure Parkinson’s Trust’s work means to her

Six years ago I was a busy mum of three juggling the school run, making lunches, helping with homework, squeezing in gym time and running a small floristry business from home – I didn’t have much time to think of my health. So it came as a big shock when the neurologist told me I had Parkinson’s disease. I always thought Parkinson’s only affected older people and had an image in my mind of what someone living with the condition would look like. 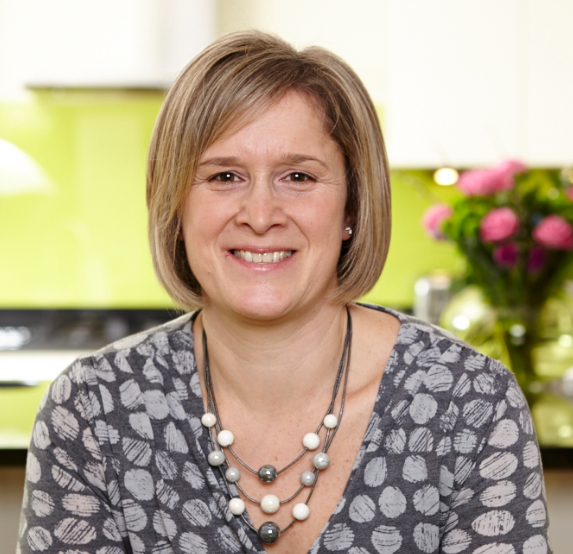 I had been experiencing stiffness and slowness for a while, especially when doing anything repetitive. I found one of my legs would go in funny directions and would occasionally stop me from running, and I also noticed when I tried to pat my baby nephew to wind him, or when I stroked our pet rabbit, one of my hands was a lot slower than the other. I used to be a nurse so knew I should get my symptoms checked out, but I did try and ignore it for quite a long time. It wasn’t until about six months later, when my friend and running companion encouraged me to go to my GP, that I decided to bite the bullet.

Initially, my GP thought we should rule out MS, as that’s more common in people my age, so he referred me to a neurologist for tests. At this stage I had no idea it could be Parkinson’s and still thought I was probably worrying about nothing. I hadn’t even taken my husband along to the consultant’s appointment with me as I thought I was just being a hypochondriac and things would be fine.

The neurologist suggested straight away that I could have Parkinson’s disease, but he had to run some tests to rule out other possible causes and confirm his suspicions. I had to have an MRI scan of my brain and a couple of blood tests, then based on the results and my symptoms I was diagnosed with Parkinson’s disease, which is a degenerative neurological condition that affects a person’s control of their movements.

My medical background meant I knew what the diagnosis could mean for my future, although I didn’t know if and when my symptoms would get worse. That’s the most frustrating thing about Parkinson’s – no one has quite the same experience so nobody can say how long your symptoms will remain the same. I might be the same as I am now in ten years time, in which case life would be the same, or it could be very different.

At the moment, having to take my drugs on time is the most frustrating thing, as I have to take a wide variety of medications often at short intervals throughout the day. Even taking drugs 20 minutes late can cause significant mobility problems, so I have to plan ahead. The severity of symptoms can also fluctuate significantly from day to day but I don’t let this stop me – I’m still a busy working mum with a full and active life!

The future for people with Parkinson’s and their families is uncertain and, for families like ours, finding a cure for the disease is paramount. If The Cure Parkinson’s Trust find a cure, or even if they find a treatment that would stop the disease progressing any further, that takes away the uncertainty that both my family and I face. The charity’s passion and belief gives me a real hope that a cure will be found and that my and my family’s future will no longer be determined by the condition.

The £36,482 The Cure Parkinson’s Trust raised will help fund a study on 198 patients with the disease to assess whether the cholesterol-lowering drug Simvastatin may protect nerve cells from dying, as some population and laboratory studies have suggested.