Back to previous page | Home My Story – Carolyn Wrench

What they do: Make wishes come true for children who are seriously ill.

Who gets help? The charity has granted more than 9,000 wishes to children across the UK facing life-threatening conditions.

What they need: £7 million to continue granting wishes.

“My little girl became a princess!” 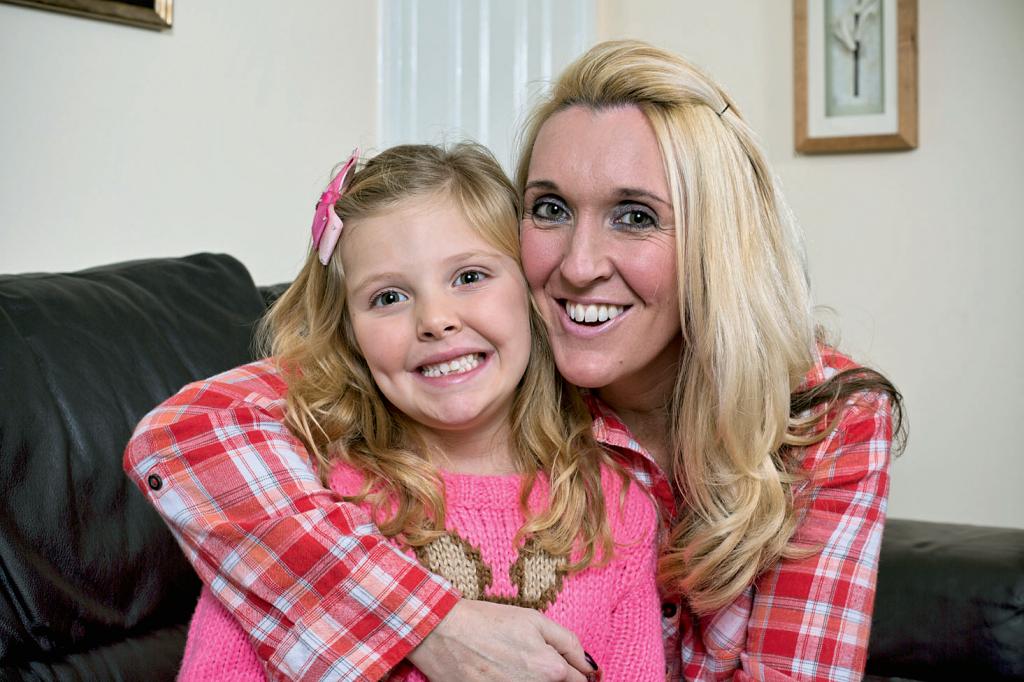 The other day, my daughter Allanya looked pale so I took her to the doctors and insisted on  a blood test. When your little girl has spent half her life being treated for leukaemia, it’s hard not to panic.

My husband Lee, 36, and I became worried about Allanya in December 2010, when she was two and a half, and seemed tired all the time. She also said her legs hurt, was constipated and caught every cold. I took  her to the doctors and she was given  medicine for the constipation, but it made her sick.

By the end of January 2011, she wasn’t improving and I was getting really worried. One day  I sat and Googled her symptoms and I just kept seeing the word cancer. Sick with worry, we took her to Alder Hey Children’s Hospital in Liverpool and demanded blood tests, X-rays and MRI scans.

That afternoon we were taken into a little room and told it looked like Allanya had leukaemia. I felt my heart freeze – in my mind leukaemia meant she was going to die. The next morning further tests confirmed she had Acute Lymphoblastic Leukaemia, which is a cancer of the white blood cells that help fight infection. Although it was a relief to hear it’s a curable type, we knew there was a long road ahead.

We told Allanya she needed some special medicine because her blood wasn’t well, but she was so young and poorly, she didn’t seem frightened. She underwent an intensive course of chemotherapy for six months and became so weak she couldn’t walk because she lost all the muscle tone in her legs.

When she had her hair cut, after it started falling out, she sat singing Twinkle, Twinkle, Little Star. Her bravery made it easier for us to cope. Fortunately, Allanya responded really well to treatment and when the chemotherapy ended in August 2011, she was able to carry on having treatment at home for a further 19 months.

During her time in hospital, another parent told me about Make-A-Wish, which grants the wishes of children with life-threatening illnesses.  I applied to them in early 2012, thinking it would give Allanya something to look forward to.

That April, two of the charity’s Wish Fairies came to meet Allanya and she chose to be a princess for a day. Two weeks later, the four of us were booked into a hotel called Cameron House on Loch Lomond, Scotland.

Allanya was given her own butler and taken to a salon to have some lovely clips put in her hair, which was starting to grow back. Back in the room, she was given a wand, a ball gown and sparkly princess shoes.

When she came downstairs there was a horse and carriage to take her around the grounds. In the afternoon they chartered a yacht to sail her around Loch Lomond and she had afternoon tea onboard. She absolutely loved it and lapped up the attention!

In March 2013, Allanya finished her treatment and her test results came back clear. But we are very aware she won’t be given the all-clear until five years have passed and the worry won’t stop.

We made friends with lots of parents in the  hospital and not all of them have had the outcome we’ve had. It’s made us realise how precious family time is, which is why we’re so grateful to Make-A-Wish.

The £12,878 Make-A-Wish raised in The Candis Big Give will enable them to grant wishes for four children fighting life-threatening conditions. Whether they want to do an activity, visit somewhere or meet someone special to them, the charity will allow them to fulfill their dream and create special memories.

How can I help?

Click here to donate or find out more: make-a-wish.org.uk.