Ian Young, 42, from County Durham explains how PTSD Resolution helped him cope with trauma after leaving the army

For Ian Young, joining the army at 16 felt like a dream come true. “I signed up straight from school and served as a Corporal in various locations around the world.” 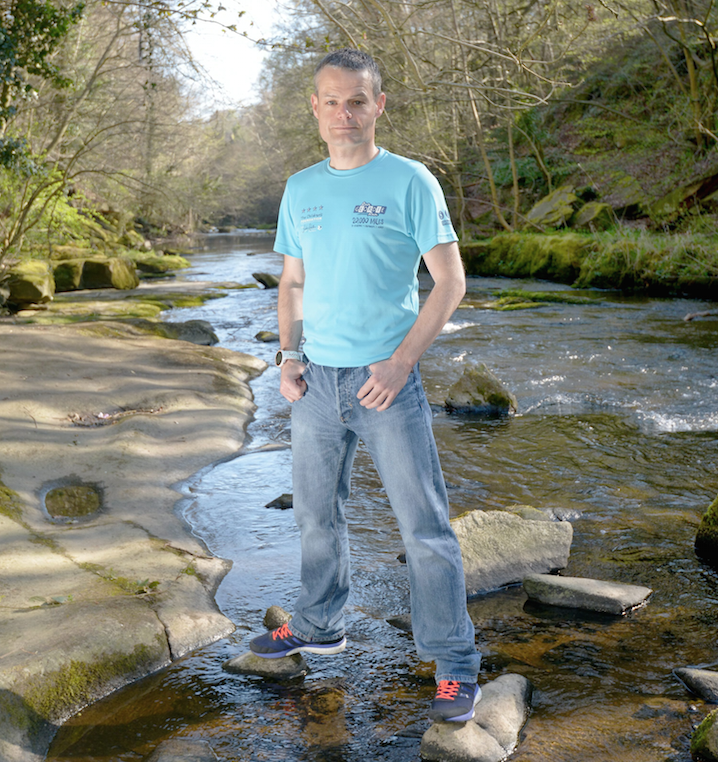 It was while serving in Northern Ireland in the early 90s that Ian began doubting military life. “I was one of the first people on the scene following a bomb attack and witnessed the death of a female police officer. The incident really hit me hard.

“As time went on, I became very upset and angry about the terrible things I saw, particularly during the 1998-1999 Kosovo War. I couldn’t understand how human beings could do such terrible things to others.”

Disillusioned with military life, in 2000 Ian decided to leave the army and returned home. “I was relieved to come home, but my experiences during the war were constantly on my mind. I felt angry and full of guilt and experienced constant flashbacks. I couldn’t sleep and would spend hours wandering around town at night – my life seemed to spiral out of control.”

Ian started drinking heavily. “It was the only way I knew how to cope,” he recalls, “I was drinking so much, hoping I wouldn’t wake up the next day.”

It was only when Ian’s marriage broke down in August 2013 he realised something was wrong. “I’d become very on edge and wrapped up in my own world, which was difficult for my wife and our three boys. I began to realise I needed to get help.

“Shortly after this, I was browsing the internet when I came across a story about a former soldier who had served in Northern Ireland and developed PTSD, which I had never heard of. I watched the video and my jaw dropped, because his story was identical to mine.”

Ian began researching PTSD – an anxiety disorder caused by frightening or distressing events – and came across the charity PTSD Resolution, which provides counselling for
former armed forces, reservists and families. “I plucked up the courage to call them and they immediately put me at ease. Straight away, I felt the massive weight I had been carrying around for almost 15 years begin to lift off my shoulders.”

The next day a therapist phoned Ian, and within a week he was in treatment. “I was nervous about opening up to someone at first, but once I was there, I could have talked all day. I was in floods of tears for the first couple of sessions and would come away feeling drained, but I could feel the pent-up frustration beginning to dissipate.

“While PTSD can’t be completely cured, there are techniques you can use to stop it from taking over your life. The therapist went through coping techniques, such as EMDR (Eye Movement Desensitisation and Reprocessing) and Cognitive Behavioural Therapy. He also drove into me that I’m a survivor and those experiences are now in the past.”

Ian is now looking forward to planning his future, with the help of PTSD Resolution. “The anger has completely gone, I’m sleeping better and I’m able to deal with my flashbacks. My relationship with my children has also improved massively and it’s amazing to feel like a dad again.”

For Ian, the best thing about PTSD Resolution is knowing they are there for him whenever he needs to talk. “For 15 years I didn’t have anyone to go to, so it’s amazing to have that support. Once you’ve made the decision to go for help, PTSD Resolution will do every single thing they can to help you. They basically saved my life and I will never stop thanking them for that.”

The £35,002 PTSD Resolution raised in The Candis Big Give will fund therapy for armed forces’ veterans and reservists suffering from PTSD, which can lead to violence, job loss and suicide. A course of treatment costs £500 and involves three to five sessions with
a counsellor.

One Response to PTSD Resolution