“I’ve had to learn to live without my husband”

Lady Susan Acland, 65, from Cambridgeshire, tells how the Road Victims Trust helped her cope with trauma and bereavement

Six years ago, Sue and her husband Sir John Acland were making a routine journey back from Milton Keynes when their car suddenly skidded off the road. “We were on a dual carriageway on our way back from IKEA and it was a lovely, sunny day. The road was completely flat and empty and you could see for miles – the only other vehicle was a pickup truck on the left of the road. 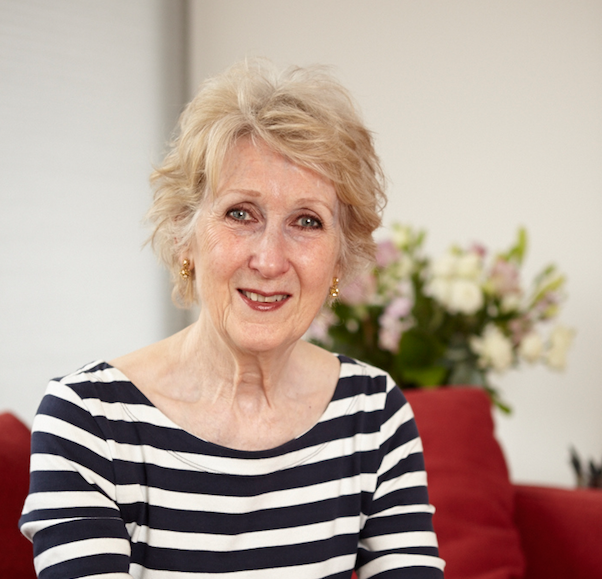 “I was doing about 70mph when I suddenly noticed something dark on the road surface just in front of us, which I later found out to be oil from the pickup truck, whose engine had exploded.”

Unable to avoid the oil, Sue lost control of the car, which collided with the truck. “I didn’t have a scratch on me, but I could tell straight away John was badly injured. I was completely beside myself and didn’t know what to do.”

A passing motorist phoned for emergency services and Sue and her husband were cut from the wreckage then taken to hospital in an ambulance, where John was put on a ventilator. “The doctors did everything they could to save him, but he had suffered massive brain damage. They kept him alive long enough for the family to say their goodbyes.”

The next day Sue returned home, where she struggled to cope. “Leaving John at the hospital was unbearable. Every day I was conscious of him being missing. However, the traumatic shock was so overwhelming that it blotted everything out and I couldn’t mourn for the husband I had lost.

Two weeks after John’s death Sue received a letter from the Road Victims Trust, who
had been given Sue’s details by the police. She immediately rang them up and arranged to receive over-the-phone support from a specially trained counselling volunteer.

“In those first months I used to look forward to that one-hour phone call each week and
it was the only thing that kept me going. They understood what I was going through and were the only people I could talk to about the things that were really bothering me.

“They helped me get through the inquest with Cognitive Behavioural Therapy exercises that challenged my thinking and stopped the endless questions I had going through my mind. They also offered a listening ear so I could tell my story and begin to accept what had happened.”

“There’s not a day when I don’t think about the loss of my husband. John was an amazing man – clever, larger than life and lots of fun, the kind of person you really miss – and I’m now able to focus more on the good times we shared together.”

Sue has also become more involved in the work of the Road Victims Trust and is now a patron of the charity. “The Road Victims Trust offer such an essential service, as they come to you and offer a helping hand and focused support in those early days when you can’t think about or do anything. Feeling alone with your thoughts after something like that is a terrible place to be, so if someone can make you feel you’re not alone and that things will get better, that’s a really wonderful thing.”

The £54,516 the Road Victims Trust raised will help them offer free support to those affected by the trauma and bereavement of a fatal road collision, through professional coordinators and specialist trained counselling volunteers, helping to address needs
of road victims.