“We finally have the chance to enjoy a holiday”

When Michelle Taylor looks at her daughter, Sienna, five, she can’t believe how much she has changed. “Sienna had a bone marrow transplant when she was two years old that transformed her life. She went from having cloudy eyes and poor vision to great eyesight, her hearing improved and her appearance changed, so she looked more like me and her dad.” 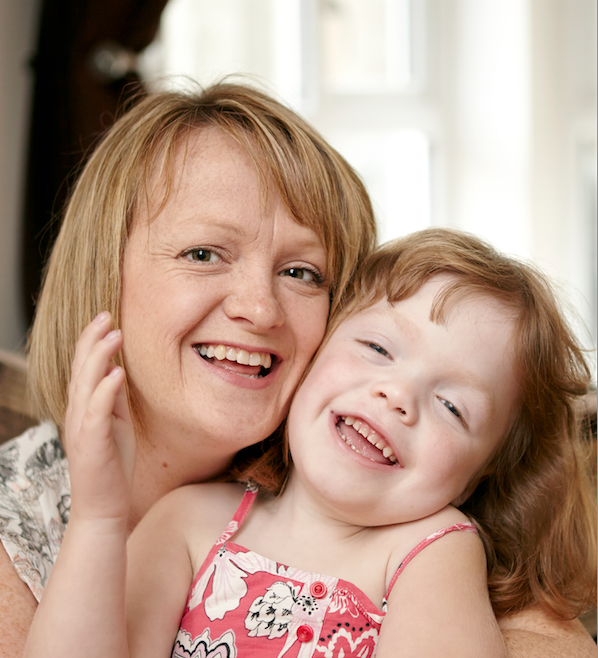 Sienna was born with a life-threatening condition called MPS Hurler, or Mucopolysaccharidosis type I, which is a genetic disorder that affects many parts of the body, including brain function, growth, the blood system, nerves, sight and hearing.

“I first knew something wasn’t right when I took Sienna for her eight-week check-up with the doctor,” recalls Michelle. “We discovered she had hip dysplasia and she was given a harness to help her hips back into place, which we were told should work within a few months. But, a year later Sienna was still in her harness and the X-rays were showing no changes.”

At Michelle’s insistence, Sienna was referred to an orthopaedic surgeon in Oxford. “The surgeon took one look at her and said he thought he knew what could be causing her symptoms. He could tell by her facial features, which are distinctive in people with MPS.”

Sienna was referred to Great Ormond Street Hospital, where she underwent blood tests and examinations before being diagnosed with MPS I, for which Michelle and her husband were both unknowingly carrying the very rare gene.

“Children with MPS don’t tend to live past the age of ten, so the diagnosis was absolutely devastating.”

Michelle and her husband were told about a bone marrow transplant operation, which would give Sienna the best chance of living a healthy life. However, time was running out to find a donor. “Sienna was 16 months old and to get the best outcome the transplant needs to be done before the age of two.”

Luckily, a donor was found in time and Sienna was given her transplant in December 2012. “We lived at Great Ormond Street Hospital for three months, while Sienna had chemotherapy to break down her cells before the transplant, then medication to build up her immune system after. We were told the transplant was 100 per cent successful, in terms of how her body reacted.”

Sienna left the hospital in February 2013, two days after her second birthday, although she would need regular check-ups every three to six months.

“It’s impossible to know if she’s totally cured, as this is a relatively new treatment for MPS,” says Michelle, “we just take it one day at a time and we have already seen so many positive changes.”

It was shortly after Sienna’s transplant that Michelle was contacted by Sebastian’s Action Trust. The charity invited them to visit The Bluebells, in Hampshire, which is their facility offering respite holidays to seriously ill children and their families.

“We went for our first visit in May 2013. Sienna loved the sensory room, and making arts and crafts. Her favourite thing, however, was the swimming pool, where they even provided suits to protect her Hickman line – inserted for taking blood and putting in medication.”

After a week, Michelle, her husband and Sienna were joined by the rest of the family. “We had a barbecue and played in the garden. It was perfect.”

Michelle and her family still visit The Bluebells once a year. “It’s an idyllic retreat from day-to-day worries – somewhere we can all just relax and have fun.”

The £58,176 Sebastian’s Action Trust raised in the Candis Big Give will cover some of the running costs of The Bluebells throughout 2015, including practical support for families, music, art and well-being therapy, and the upkeep of the hydrotherapy pool.