“Laughing has been the best medicine”

When I tell my five-year-old daughter Mimi she needs to go to hospital, her response is a happy,“Yay!”While this may seem like an unusual reaction, it is typical of our amazing little girl, who takes everything on the chin, despite having been in and out of hospital since she was three. 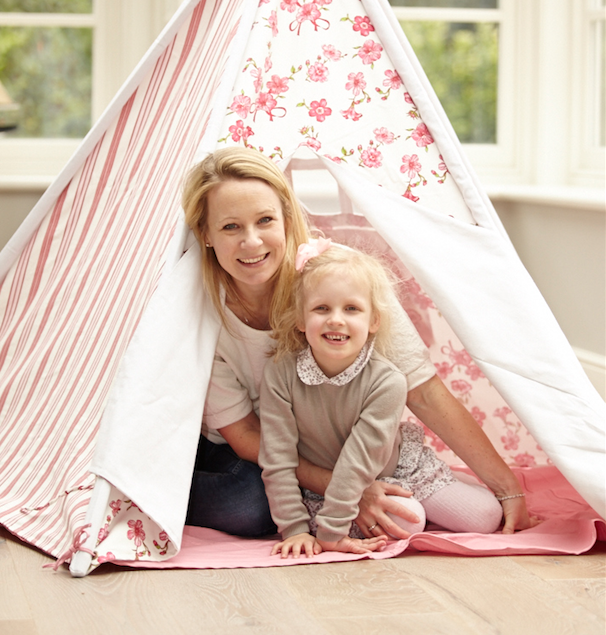 I first became concerned about Mimi’s health two years ago when she began to sleep a lot more and seemed extremely tired all the time. Within weeks Mimi developed a squint and started vomiting, especially in the mornings. As my husband lost his father to a brain tumour several years ago, I was familiar with the symptoms and suspected this could
be the cause of her illness, but my GP dismissed the possibility as brain tumours in small children are rare.

I knew something wasn’t right, however, so I took Mimi to the opticians, where we were referred to the eye hospital in Cambridge immediately.

Mimi was referred for an MRI, which confirmed she had a tennis ball-sized tumour on her brain, called a Pilomyxoid Astrocytoma. We were terrified. In June 2013, a week after Mimi’s eye test, she had an operation to debulk the tumour. They couldn’t remove the whole thing because it intertwined with her optic nerve, but they reduced it by 60 per cent.

However, three months later, following another MRI, we were devastated to learn half of what they had removed had already grown back. Mimi also needed surgery to put in a shunt to relieve some of the pressure of the fluid on her brain.

Although the operation was a small procedure, Mimi didn’t respond well. She started having seizures and ended up in intensive care, where they put her in an induced coma for two days.

She was then transferred to another ward for eight weeks while they tried various medications to relieve the spasms. Unfortunately, the complications left Mimi with lasting effects, including a weakness on her left side and the inability to use her left arm, and she was given a splint for her left leg to help her to walk.

During this time, Mimi also started chemotherapy, as it was important this wasn’t delayed. It was a really tough time for all of us. Luckily, Mimi was distracted by frequent visits from Theodora Children’s Charity’s professional performers, the Giggle Doctors, who helped her to stay upbeat during this difficult time.

The Giggle Doctors first visited Mimi after her debulking operation, and she loved them. Whenever they came on to the ward, we could hear them in the distance and her face would light up straight away.

Before her second operation, I was waiting on the ward with Mimi, who was quite grumpy as she had to be ‘nil by mouth’, but when the Giggle Doctors came in and blew bubbles everywhere her mood changed. She was running and giggling, with the most beautiful smile on her face.

In terms of Mimi’s health, we have a long road ahead of us. Her chemotherapy ended in April so she will need regular MRIs to monitor the tumour. At the moment it is stable but we don’t know what’s going to happen – there’s a chance it won’t grow again, but just as much chance it will, so we just have to hope for the best.

Despite all Mimi’s been through, she still goes to the hospital in good spirits, which I think is partly due to the Giggle Doctors. She is definitely our little hero.

The £82,275 raised by Theodora Children’s Charity in The Candis Big Give will help fund visits to over 32,000 sick, disabled and terminally ill children from Giggle Doctors, who are trained to work in the hospital environment, helping to boost morale during this difficult time.