Amanda Blinkhorn lets us into the controlled chaos of her family life every week. Right now, she’s wondering whether this whole ‘beach body’ thing means running into trouble…

Well, I’m still trying to ‘snap back’ into my bikini bod and I’m not the only one.  Our park was as crowded as Piccadilly Circus this weekend with young and old donning pink Lycra to puff their way up to the top of the hill as fast as their bicycles, scooters or Staffordshire terriers would drag them. 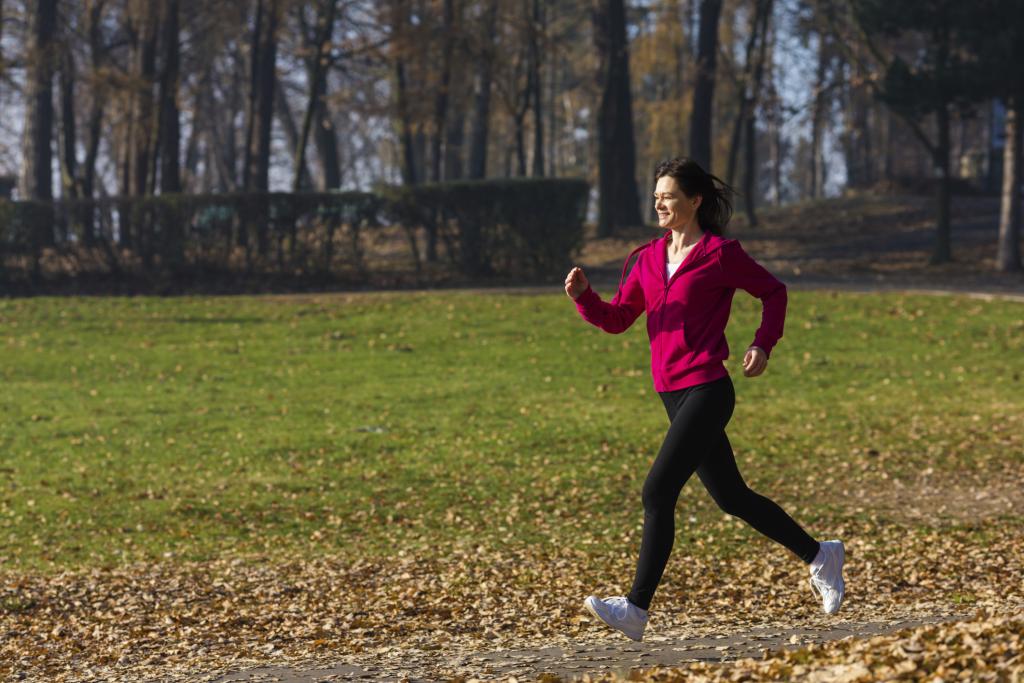 Katy and I were out there too, as my twanging thighs now attest, Katy scorching ahead, her pink and black trainers a blur in the distance as I huffed along behind her wondering whether it’s better to wear my bumbag outside my sweatshirt, so that everyone can see how little I care about what I’m wearing or inside my sweatshirt, which makes me look slightly less sartorially tragic, but a hundred times fatter. These are the dilemmas of the short-distance runner.

Two weeks into Operation Holiday Bod I’m still pounding away at the pounds. For the first ten days nothing happened – I even continued to gain weight (I blame comfort Chardonnay) but yesterday – victory – I’d lost a whole half kilo. I’m not sure where it’s gone but when I’m feeling despondent, I put the equivalent in sugar or even better, butter on the table in front of me and allow myself a smug smile that that’s one less thing I have to haul around with me all day.

Vanity is undoubtedly my driving force – I have dresses I can’t get into, skirts I can get into but can’t sit down in and tops that I can get into but shouldn’t really inflict on others until they curve in not out in the middle. Yet there is also a tiny part of me that needs to join the race for life. The evidence, like my once slow but sure weight gain, is piling up. Three new findings just this week confirm the blimmin’ obvious – that too much food causes too much weight, which leads to greater risk of death and disease. This week the culprits are the growing rise in middle age obesity, which according to The Stroke Association is causing alarming numbers of strokes in people in their 40s and 50s, findings by The European Association for the Study of Diabetes that cutting down on sugary drinks could reduce levels of Type 2 diabetes by a quarter and my favourite – alcohol confirmed as a potential cause of liver cancer by the World Cancer Research Fund. Delicious. As Jean Nidetch, the founder of Weight Watchers, who died last month at a reassuring 91, used to say, “Put down the damn fork.”

I’m trying, with a little help from my motivating friends at Race For Life who want me to take up their Pretty Muddy challenge this summer, a down and dirty obstacle race version of the traditional 5K breast cancer fundraiser. I’ll give it a go – after all mud hides a multitude of sins – so it’s got to be more slimming than pink Lycra.