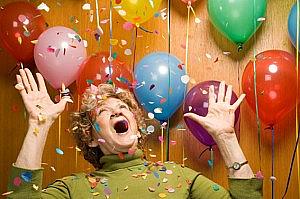 Happiness seems to be big news at the moment – the news is full of graphs and charts showing us how age and wealth affect our happiness levels. Apparently people all over the world get more miserable as they enter the Victor Meldrew territory of middle age, but in wealthy, English-speaking countries people manage to turn that frown upside down as retirement approaches. Prof. Andrew Steptoe of University College London has identified a ‘happiness dip’ that affects middle-aged people in the affluent West, which seems to coincide with the years we are all working like donkeys. The desire to provide makes us put our own personal happiness on hold until the relative relaxation and security of a comfortable old age hovers into view. In less prosperous and less settled countries like China and Sub-Saharan Africa age just brings with it a whole new set of worries and problems like poverty, declining health and a lack of a sense of purpose – unless of course you happen to be wealthy.

This does tend to turn the current thinking, that happiness is all in the mind, and that money can’t buy you happiness, on its head. In some ways I agree that a celebrity millionaire is no more likely to be happy than his poorer counterpart who lives in a bedsit over a launderette, but I’ve always thought that money not only takes the sting out of being poor, it can also help you to buy your way out of depression. Money gets rid of tiresome day to day worries like paying the gas bill, getting your bathroom cleaned and your fridge filled, and it also gives you the time and means to see a good shrink.

Health, wealth and happiness really do seem to go together and according to today’s Telegraph happy and fulfilled pensioners apparently live two years longer than miserable ones, so it makes sense to try to work out what the secret to true happiness is. What is it; where is it and how do we increase the supply? More to the point, if most of us in this country are fortunate enough to be happier than those in the rest of the world, why don’t we see more smiling faces about? If we are happy, but oblivious of it, does that count as real happiness? (It’s a bit like that philosophical riddle about whether or a not a tree falling down in a deserted forest with no living creatures around to hear it, does it make a noise?)

So how do we know whether we’re happy or not? You take the Oxford Happiness Questionnaire, of course, as compiled by psychologists from Oxford Brookes University and published in Monday’s Guardian.

I took it, not without a bit of trepidation – after all a low score wouldn’t do anything for my mood, especially on a cold November morning. But I scored a 5.55, which officially makes me ‘very happy’ – who knew? It’s also just within the acceptable zone – a couple more points and I would have scored a perfect six, which would have made me dangerously happy. Yes it is possible to be ‘too happy’ and therefore lacking the motivation to do well at work or anywhere else, aka the Pollyanna school of happiness trap, which can either make people impossibly smug or ridiculously apathetic because they are too happy to worry about looking after themselves or other people (I think that’s also called heroin addiction).

Anyway, it was reassuring to know that I am happy, but not too happy. It quite cheered me up.