Back to previous page | Home Time for a hip replacement

Graham Coxon, arguably the quietest but coolest embodiment of Britpop, has just announced that his band, Blur, are getting back together – coming out of retirement after 16 years – like a gang of movie gangsters or cops to pull off one more job together. The announcement of the release of their new album The Magic Whip comes at the same time that Radio 1 is considering pulling the plug on every teenager’s Sunday night bath time since the invention of the portable radio, The Chart Show. Yes, the Sunday evening chart may have to move to Fridays to coincide with the music industry’s decision to release new singles on Fridays. 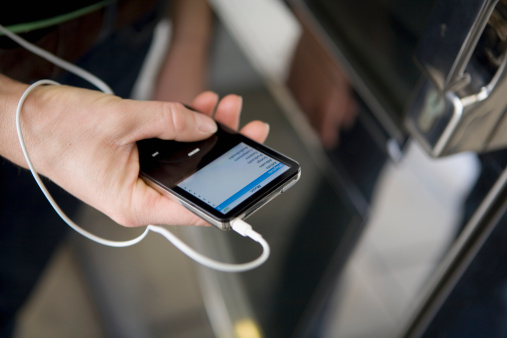 I hadn’t actually realised The Chart Show was still going, but that’s because I don’t listen to music in that way anymore. The last time I listened to my era’s music in any kind of bulk was when Cleo gave me a loaded ipod for my birthday last year, in a laudable, but doomed attempt to motivate me to get my sorry saggy bottom back out on the heath for a run.

Instead of strapping on my trainers, I poured myself a stiff coffee and sat down at the kitchen table and listened to it straight for about an hour – completely transfixed by how accurate and evocative her choice of music had been. I had been expecting a kind of tragic scattergun ‘NOW that’s what I call music 1972-2008’ compilation that lumped in things like Val Doonican’s Elusive Butterfly with The Orb, (on second thoughts that would get me running for the hills at top speed). Instead the combination of her patience and discernment and a tight grip on technology had created a snapshot of sound that matched the soundtrack of my life perfectly.

Letting other, much younger, people choose music for you can be an alarmingly depressing and hazardous business. You only have to cast your mind back to the singsongs organised by well-intentioned but misguided staff in the old folks homes of our youth to realise that. In my rare visits to elderly people’s homes as a child I always thought it weird that just because someone was in their 80s and could no longer tune a radio on their own they were expected to develop a tireless enthusiasm for The Hokey Cokey.

My dad, who used to visit those homes in his work as a dentist, spent his forties onwards living in horror of being trapped in a chair being serenaded by, or worse, forced to join in, cheery renditions of the WW1 tune ‘Pack Up Your Troubles in Your Old Kit Bag’. If anyone were ever misguided enough to think that, in his dotage, he’d have wanted to have been reminded of the most traumatic dangerous years of his life, he reasoned, it would be polite to pick the right war. He may have been getting on, he said, but he wasn’t “bloody Edwardian”.

Which is all a longwinded way of saying that I approached an invitation to a friend’s birthday party at the weekend with a little trepidation, because, not only was it a surprise party (always nerve-wracking for someone like me who considers arriving on time to be a sign of desperation rather than simple good manners), but it was also a surprise 50th birthday party (I have older friends, ahem) and one that had been organised by her children – something which left the choice of music in the hand of God, or worse, goths. Would I end up spending the evening swaying gently to Vera Lynn, or Brotherhood of Man? Or would it be achingly trendy and unrecognisable? – Something that I would have found even more depressing and ageing.

I needed have worried – when the guest of honour arrived, a little after the stroke of 11, her nephew cranked up the volume and she burst into the packed bar to the strains of Stevie Wonder’s “Happy Birthday To You”. Magic. The rest of the night was a bit of a Blur to be honest.