Back to previous page | Home Race against time 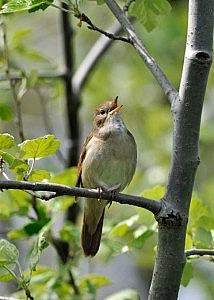 When I was a kid changing the clocks was quite the event, almost a ticking time bomb you might say, as we ran round the house trying to make sure we hadn’t left any out. We didn’t have the continuous reassurance of checking our mobile phone or laptop to make sure we’d got it right and each one had to be done manually, so if Mum and Dad didn’t coordinate the clock changing routine and decided to go solo it was absolutely certain that they would both remember to do the kitchen clock, both forget about the cooker clock, and each make random changes in the rest of the rooms so, depending on where and when my sister and I woke up we could find ourselves emerging at either lunchtime or two hours either side and be none-the-wiser until we managed to clock the time pips on the radio.

It’s completely different today – yesterday I was woken up as usual by Doughnut alerting me with a slightly embarrassed bark that he would like to use the facilities if I could see my way clear to opening the back door. Checking the kitchen clock I saw that it was eight o’clock and thought he had been primed by the kids to give me a Mother’s Day lie in.  It wasn’t until I turned the radio on that I realised the clocks had gone forward – all by themselves. My phone, laptop, kitchen clock had all magically reset themselves leaving me, ironically, with only my watch and the sitting room clock to change myself.

This morning – full of the joys of spring, or rather panicking that I’ll be late for work because of the time change – I woke up in the middle of the night and as I let Doughnut out (never one to resist a pre-dawn stroll of the grounds) I heard a bird singing its heart out. It sounded like a robin, it was certainly prettier than the evocative but slightly hooty wood pigeons that I normally hear first thing. It was a welcome distraction from reading the news http://www.bbc.co.uk/news/ which, talking of ticking time bombs, was full of the confirmation of the damage we are doing to the climate and the impossibility, ironically given the date, of turning the clocks back to a simpler, less globally polluted and warmed time.

Depressed by the news I focused on enjoying joys of spring outside while we still can, and so I Googled away a bit and soon found, thanks to You Tube’s recordings of birdsong, that my laptop was joining in a duet with whatever was trilling away outside. Turns out it’s a bona fide honest to god nightingale! We’re miles away from Berkeley Square and I thought that that song was supposed to be celebrating the rarity of a nightingale in London anyway, so I Googled away a bit more and sure enough nightingales do love the city. Apparently, the lovelorn male ones anyway, sing even louder in the city to try to overcome the sound of the buses and trains. I read a bit more and found out that actually it could have been a robin, which also love to get up early and while away the time between dawn and there being enough light to find their breakfast by singing. They are also a tad birdbrained and can be fooled into thinking it’s getting light by a bright streetlamp, one of which is so close it doubles as my kitchen light. So to double check I went back to YouTube and re-played my nightingale track a couple of more times, just to make sure. Yep it’s definitely a nightingale, and he’s getting louder and closer. I think he’s fallen for my laptop. Spring has definitely sprung.