Back to previous page | Home RIDLEY ROAD by Jo Bloom 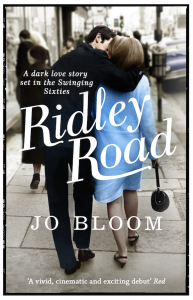 Vivien Epstein, a Jewish hairdresser from Manchester, arrives in London following the death of her father. Landing a job at Oscar’s salon, she thrives amid the vibrant culture of Soho and the warm camaraderie of the other hairdressers. But beneath the surface, Vivien is desperate to find Jack Fox, a man she had a brief but intense romance with some months before. Her search leads to confront the dark resurgence of fascism, countered by the Jewish community in street battles around Ridley Road in the East End of London. Amid the growing tensions, can her love survive?

Ridley Road is published by Weidenfeld and Nicolson on 24 September, priced £8.99

We have 15 copies up for grabs. Enter now!