Back to previous page | Home THE STORMS OF WAR

THE STORMS OF WAR is the first novel in in Kate Williams’ groundbreaking new historical series which begins in the First World War, perfect for fans of BIRDSONG and DOWNTON ABBEY. In the idyllic early summer of 1914, life is good for the de Witt family. German Rudolf and his aristocratic English wife Verena are planning the wedding of their daughter, Emmeline, while their eldest son Arthur is studying in Paris and Michael is just back from his first term at Cambridge. Celia, the youngest of the de Witt children, is on the brink of adulthood, and secretly dreams of escaping her carefully mapped out future and exploring the world. But with the onslaught of war, the de Witts find themselves in danger of losing everything they hold dear. 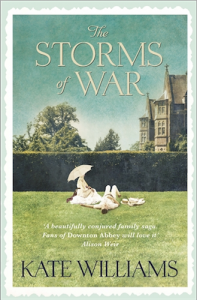 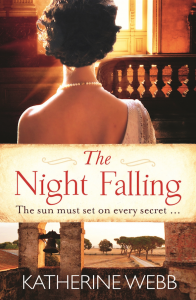 THE NIGHT FALLING is the searing new novel of secrets and feuds set in 1920s Italy from the international bestselling author of THE LEGACY, Katherine Webb. Puglia, Italy, 1921. Leandro returns home now a rich man with a glamorous American wife, determined to make his mark. But how did he get so wealthy – and what haunts his outwardly exuberant wife? Boyd, quiet English architect, is hired to build Leandro’s dreams. But why is he so afraid of Leandro, and what really happened between them years before, in New York? Tensions are high as poverty leads veterans of the Great War to the brink of rebellion. And under the burning sky, a reckless love and a violent enmity will bring brutal truths to light…

3 Responses to THE STORMS OF WAR