Back to previous page | Home Roast coley with Romesco sauce

The piquant sauce is the perfect complement for the delicate fish 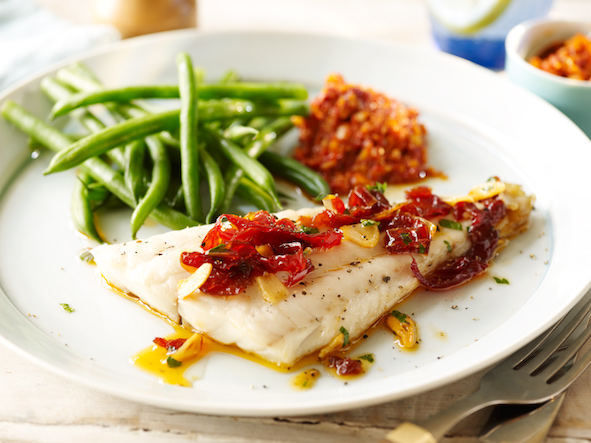 For the Sauce Romesco

2 marinated sundried peppers in olive oil (in a jar)

12 roasted piquillo peppers (in a jar)

2 marinated sundried peppers in olive oil (in a jar)

Sainsbury’s is inspiring the nation to enjoy more fish this summer with #SwitchtheFish. Until 30 June customers will be encouraged to widen their repertoire by being offered a free portion of a ‘lesser known’ fish from when they ask for one of the ‘Big 5’ fish – salmon, tuna, haddock, cod or prawns – from one of the 400 fish counters in their supermarkets. They will be offered a portion of one of four alternative fish for free – sea bass, coley, hake or loch trout. Ask in store for details.