Back to previous page | Home A thought to take away

A thought to take away 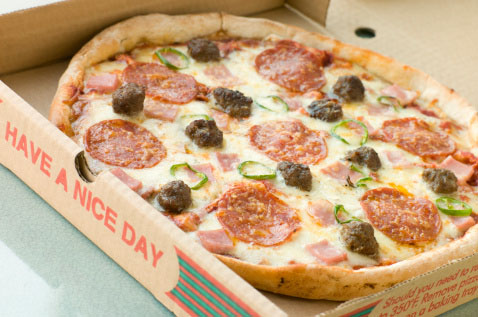 This week I have been mainly pulling myself together. Cleo headed off to Australia at the weekend for six weeks and despite the house still being relatively crammed with people (the little ones Jack and Katy show no signs of moving out and have expanded to fill the space like genies out of a bottle, and their big sister will be home from Manchester soon.)

But, for the moment the house does seem quiet. It’s tidier, the towels don’t migrate to the floor and sofa quite so quickly and the washing machine thinks we’ve all moved out, but there is definitely still something missing.

Katy hasn’t quite grasped the time differences and distances involved to Sydney and didn’t understand why she couldn’t just pick up the phone to tell her big sister that it was snowing or to ask if she could borrow her paints to do her homework. I suggested she send her an email but Katy rejected that as taking far too long. I stifled the temptation to shove a Google image of an Aerogramme letter under her nose, point out how long airmail actually took and tell her she didn’t know she was born. Instead I decided that what we needed was a restorative pizza. I braved the rain to pop across the road to our local neighbourhood Italian which was set up a couple of years ago by Luca, then aged 21.

As I queued for my pizza, spag bol and tagliatelle salmone limone a grown up family of mum dad, grown up children and sundry in-laws bundled in out of the drizzle. As one brother teased the other about the wisdom of deciding to live on a boat in the middle of winter, telling his mum: “it’s like buying a fridge, putting it into water, then moving into it” I envied them their boisterous relaxed air of togetherness. “What’s the occasion?” I asked as we chatted as they waited for their table. “My husband’s just been given an MBE – we’ve just come back from Buckingham Palace!” explained Pat, the brothers’ mum. Nosey as ever, I asked her to tell me more and she explained that her husband, Dave, had set up a charity in memory of their son, Adam, who had been killed by one punch as he tried to break up a fight in Blackburn in Lancashire in 2009. He was 24. Since then the family has travelled all over the country talking to people in schools and prisons spreading the word of the potentially fatal consequences of one, angry, thoughtless, often booze-fuelled flying fist or foot. The Queen recognised the family’s work in the her Birthday Honours List and on Friday (13), Princess Anne, who was standing in for The Queen, awarded Pat’s husband, Dave, an MBE on Friday night in recognition of his work for Every Action Has Consequences, the charity the family set up.

As we stood there chatting Pat’s son slipped a card into my pocket and her husband handed me a pale blue wristband, decorated with the name of the charity and the words Adam Rogers 1984-2009 and a simple optimistic smiley face. As well as spelling out the terrible consequences of such random, thoughtless violence the family work hard to encourage people to create positive consequences of such tragedy by promoting the Organ Donation Register . Adam, a ladies’ football coach got an organ donation card as soon as he was 18 and as a consequence his organs were donated to help five different people.

I wanted to ask more about Adam but I didn’t want to pry. As I was gathering up the courage to ask, Pat opened up her bag and brought out a small photograph of a beautiful beaming boy in a beanie hat. “That’s Adam,” she said. As she turned back to her family and I crossed the road to walk home with my dinner I felt very much pulled together. Sometimes a takeaway pizza can deliver more than you expect.