Back to previous page | Home Are you a one-time wearer?

Are you a one-time wearer? 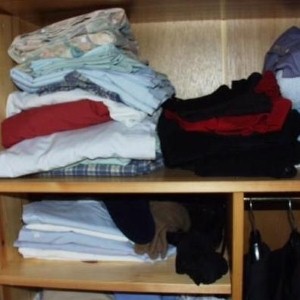 I’m referring to buying clothes a little out of your budget and then wearing them once and taking them back the next day.

Many of us have done it I’m sure, in fact, according to a new survey from OnePoll.com, one in eight of us to be precise.

This figure could be far higher as well, as experts think many of us are too ashamed to admit wearing clothes before returning them.

Some 18 per cent of those quizzed said they did it because they enjoyed the buzz, while others said that it was because clothes are too expensive, or people were worried that they would only have one occasion to wear them for.

I can relate to this. The amount of time I’ve bought a dress for a party or a wedding and then realised that I didn’t have another do coming up to wear it at.

The trick to doing it is allegedly tucking the labels inside the clothes on a night out and then the next day hanging them out to air or spraying them with air freshener before taking them back to the store, claiming that they didn’t fit.

A shocking seven per cent admitted they had returned an outfit after being sick on it, with six per cent revealing that after spilling a drink on the offending item they’d still managed to score a refund.

While understandable in the current economic climate, a spokesman for the market research organisation, said “returning clothes after wearing them is quite dishonest and high risk”.

The British Retail Consortium claim that legally shops are under no obligation to accept returns unless they are actually faulty, although many of them do anyway if you have a receipt.

Shop assistants are becoming savvier to these one-time wearers so I wouldn’t recommend it ladies!

Do you condone this habit?