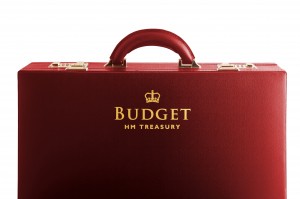 How was the budget for you? I’m still working it out – and it doesn’t help that I’m so easily distracted. Instead of concentrating on tax breaks and fuel prices I got completely side-tracked listening to the Chancellor announcing that the price of a pint of beer would fall by “one pence”. One pence? Is the country’s economy really at the mercy of a man who can’t tell the difference between singular and plural? My spellchecker is more numerate. How I harrumphed. My Colonel Blimp button went into overdrive and I was tweeting about it before you could say Disgusted of Tunbridge Wells.

That aside, I think that The Guardian and the BBC summed things up the best. The Guardian had a lovely piece about the girl who probably did best out of the budget – a young, car-driving geography and geology graduate who was working in the shale gas industry who was saving to buy her first house, for whom the budget was all good news (fuel tax down, tax breaks for the shale gas industry and mortgage help for first-time buyers). The only downside was she drinks wine (up 10p a bottle) not beer (down a penny a pint).

The BBC produced an ingenious budget calculator to help families work out whether they had benefited or lost from the budget. I tried it out and I think I’m £89 up.

The one thing studying the budget taught me is how little I actually know. But every day is a school day as my friend, Paul, says, so if nothing else I’ve learnt one thing – thanks to being completely baffled by reading that although the country’s deficit has gone down the country’s debt is going up.

What an earth is a deficit if it’s not a debt? They sound interchangeable to me – a point not lost on politicians apparently who have been known to swap them about indiscriminately just to confuse us. So, and this I didn’t know until yesterday, that Government debt will always be with us, a bit like a Japanese mortgage (property is so expensive in Japan that mortgages for some families go back generations). The deficit is more controllable, it’s the gap (almost always negative – surprise, surprise) between what comes in and what goes out at any one time – a bit like the national credit card bill. So even if, by some miracle, we tackled the current deficit and brought in more than we paid out, the debt would still be barely untouched.

The only thing that cheered me up – in a hollow-laughed, would-you-credit-it kind of way – was learning that one of Barclay’s biggest investment bankers, who brought home a bonus of £18m yesterday, is called Rich Ricci. Marvellous.

It was too good a story to keep to myself, so I was straight on the phone to the rest of the family, starting with my cousin, Penny.