Back to previous page | Home Leading by example 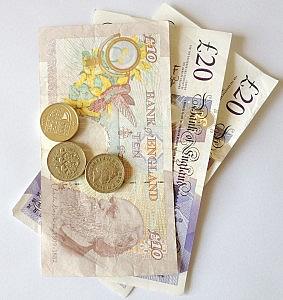 April’s here at last – though you wouldn’t know it from the bitterness in the air as politicians slug it out over the new benefit changes. I was amazed to hear that Iain Duncan Smith had almost risen to accepting a challenge to live on a benefits-level £53 a week. “I could do it if I had to,” he is reported to have said.

He follows a traditional path of politicians who take up the fingerless glove to try to survive on benefits, either to prove that it’s easy peasy, or to show how impossible it is.

I remember, too many years ago, a local councillor in Enfield did much the same thing. I can’t remember the exact issue he was either highlighting or defending, but it was something to do with the soullessness and isolation of living on one particular housing estate. He had promised to move on to the estate (temporarily) to see the problems for himself.

I had just started working as a reporter on the local paper and was dispatched to see how he was getting on in his new-found poverty. It was a Friday night, as I remember (resentment runs deep) and I made my way to almost the top floor of a bleak looking tower block and followed the sound of laughter. I came across an open door with the councillor, standing in the kitchen dressed in a pinny with an oven glove in one hand and a bottle of red wine in another dispensing pizza and bonhomie to his new neighbours.

His neighbours, far from seeing him as being a patronising incomer, were thrilled and surprised that he had taken the trouble to move in, however temporarily, and touched that his first move was to hold an impromptu housewarming party.

As night jobs go it was one of the most memorable – and most entertaining – I’ve ever had. And as for his moving into the council flat for a week, or however long it was, yes it was a stunt, yes it was gimmicky, but it was also brave and generous of spirit and his new neighbours admired and respected him for it. Of course none of them expected him to give up his own home or to suddenly “get” what living on benefits meant, but the fact that he was willing to give it a go and open himself up potential scorn and ridicule (which never actually materialised from what I can remember) said a lot.

So I wonder if any of the huffers and puffers on either side of the Government bench will follow his example? And if so will it reinforce what they already think or open them up to some new ideas?

What do you think? Could you do it? Are you doing it? Let me know by posting a comment or tweeting @AmandaAtCandis.

2 Responses to Leading by example