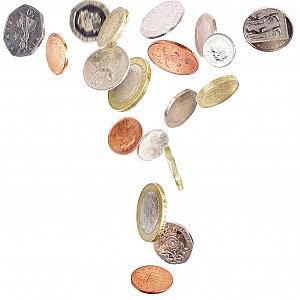 So now the dust has settled on the Chancellor’s budget what do you think of it? Has your life improved overnight with the news that you can run away and spend your pension money all at once if you choose? Or stash up to £15,000 a year into an interest-free ISA from June?

The first thing I had to do was work out whether I was a maker, a doer or a saver.  Well, if you’re talking about dinner, leftovers or messes, then yes. If we’re talking about cash or jobs in manufacturing, then not so much.

The second thing I did was to quash my instinctive cry of, “But that’s not fair!” Budgets are not elections – we can’t choose the outcome, so there is absolutely no point in wasting energy on whether it’s fair that someone who earns £300,000 a year is entitled to the same percentage tax break on childcare as someone who earns  £9,000. When it comes to fractions and percentages I learnt very early – at the age of about nine – that proportions can and never will be fair. That’s just how numbers work. Ten per cent of a big cake is always going to be bigger than ten per cent of a little one. The only way to share things out fairly is to, um, have a real investment in the outcome. That’s why my dad always insisted, as his mum had before him, that whenever my sister and I shared anything between us – whether it was a banana (does anyone share bananas any more) or a packet of Maltesers (ditto)  – one of us had the job of divvying it up and the other would choose their share. Fiendish in its Solomon-like simplicity and so-so effective.

Something tells me Chancellors don’t really think like that when they are working out how much to raise or lower income tax by, or whether or not we deserve a penny off the cost of a pint of beer to keep us sweet. Rewarding savers and the soon-to-be pensioners is great – but you have to be in a position to save and contribute to a pension in order to benefit from it – and surprise surprise, the bigger your saving the better off you will be. Getting huffy about it being unfair is like railing against lottery winner Mark Trotter for winning  £108m. His good luck doesn’t make mine any worse. I may be poorer than him, but he hasn’t taken anything – luck or money – away from me.

I’ll have just as good a chance of winning my millions in the lottery next week – of course I’d have to buy a ticket first. I’m much more of a penny falls girl myself, though I suspect the odds against winning those will have decreased with the news that arcade and casino owners will now have the added expense of ensuring that their machines can accommodate the new threepenny-bit-shaped pound coin. The alleged reason for the new shape is because it’s supposed to be harder to forge. Apparently there are 48 million fake pound coins in circulation. I’m intrigued – if they’re so easy to forge how come someone’s managed to count the fake ones? And if they can spot them why don’t they just pull them out of circulation while they have a chance? No I think the new coin is just the latest salvo in the campaign to return to the 50s. They softened us up with Mary Berry’s Great British Bake Off, then got us all make do and mending in Great British Sewing Bee – now we’re slowly going pre-decimal. You can tell by the return of pre-war vowels as newsreaders try to pronounce the name of the new coin. They’ve leapt back 60 years as they insist on calling it a “Thrupny” bit. “Thrupny”?   Jeepers creepers, never mind “one pence” off a pint of beer – we’ll be back using LSD by Christmas. That’s pounds, shillings and pence for everyone born after 1971!