Back to previous page | Home The road to recovery

The road to recovery 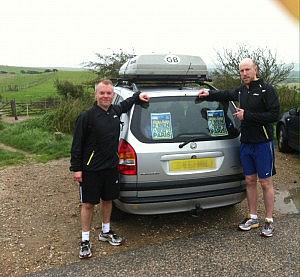 Our Vauxhall Zafira is not the most glamorous of motors. Its latest ailment is a mysterious electrical fault that drains the battery if we don’t start the engine at least every other day. And when it does start you have to rev it so hard that the exhaust explodes like something out of Wacky Races. Last time it started, it belched out a cloud of black smoke so thick the estate agents across the street phoned to check whether they should be dialling 999.

As we only drive it about once every three weeks we had to sweet talk the guys – with a lot of eyelash fluttering – in the next door garage to help jump start it every time we wanted a big supermarket shop and frankly I was running out of eyelashes.

So a couple of weeks ago we sold it to a family friend who’s between cars. No sooner had he got his hands on it than his grown-up kids – Al and Sassy – commandeered it for a vital mission.

As I type – despite its numerous health issues – our ancient motor is acting as the back-up car for two amazing men who are running from London to Paris to raise money for Action Against Cancer.

George Clode and Mike Traylen set off from St Paul’s Cathedral on Wednesday and will be running 18 miles a day for 11 days until they haul themselves up the steps of Notre Dame in Paris. Following and filming their every move from the window of our Zafira will be Al and Sassy, keeping the boys fed, watered and heading in the right track. You can see how they are getting on and even track their progress here.

They are hoping to raise £10,000 to help fund the work of oncologist Justin Stebbing at Imperial College, Hammersmith Hospital in London. They began planning the trip six months ago inspired by one of George’s best friends who died of cancer, aged 27, little more than a week ago. Cancer may be a killer now, but it won’t always be. The prognosis, according to Prof Stebbing, is good. And he should know. “Developing cures is realistic,” he says. “At the start of my career we cured around 40% of patients, ten years ago it was 50%, and now it’s the majority.”

They’ve been on the road three days now and Sassy phoned a few minutes ago to let me know how the boys were doing – and more importantly, whether our old Zafira was managing to keep up. “Don’t worry the car’s fine – it’s running brilliantly,” she said. “The boys are doing so well and there’s been such an overwhelming wave of love for our friend they’re even more determined to do it. We’ve raised almost £4,000 so far.

“We’re aiming for Brighton this afternoon, but the road is so steep and the traffic’s so bad we had to get them off the road because it was like a mountain climb and it was just too dangerous. We managed to find them a footpath to follow instead – it’s all dirt tracks and winding roads, but the car’s doing brilliantly! We’ll be running along the beach at Brighton tonight and then heading for Newhaven and by Saturday we’ll be in France.”

So if you’re anywhere near the South Downs this weekend and see a silver Zafira belching black smoke give them a toot – and a fiver. You know it’s worth it.

2 Responses to The road to recovery