Back to previous page | Home The simple life 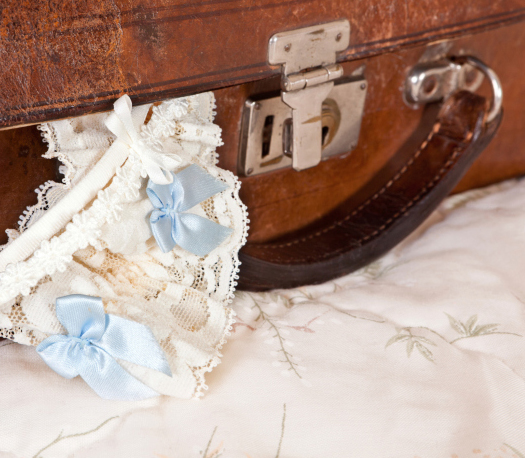 One of my New Year’s resolutions was to see more of my friends and do more with my weekends. So on Friday evening Liz and I set off for the seaside to catch up with our friend Vix, who until November lived a ten-minute stumble away but had abandoned the city for clean air, hot chips and a new start.

Before she moved, Vix, a former skip-diver and charity shop magpie had begun a decluttering frenzy the like of which I have never seen. She created her own mini Victoria Beckham phenomenon in her local charity shop as clothes, mirrors, old leather suitcases and box after box of books migrated back to their shelves. Would this new minimalism survive in Brighton – where junk shops outnumber the chippies?

We arrived in a hurricane to find Sex and the City on Sea. Her flat was tiny but perfectly formed with that rare thing – a home for everything. In the bathroom butcher’s hooks hung from the shower rail to store shampoo and make-up. Tiny lose-able bits and bobs were stored in a pretty china milk jug and sugar bowl.

But it was in the kitchen where the real revolution had taken place. The antique breadmaking trug that had once been buried under newspapers and magazines was filled with red peppers, tomatoes and spring onions. Vix’s lovely but vast collection of old tea tins had been pared down to two beauties – one for tea and one for coffee, oils and vinegars were stacked together in a miniature tin bath to collect the drips and the rest of the dried goods were kept together inside her vast T G Green & Co mixing bowl. And that was it.

She’d become a girl after Carrie Bradshaw’s heart by ditching all white goods to create extra hanging space. Domestic clutter had been banished totally – she had no washing machine, no tumble dryer, no hoover and no fridge!

If you want to cut down on the housework, cut down on the household appliances – you can’t clean a fridge that doesn’t exist and you can’t be swamped in laundry that hasn’t and isn’t going to get done. Instead, being the queen of the spreadsheet, she had analysed of the cost of having a service wash once a week versus the price of investing in a washer dryer. She worked out that it would take her three years to spend enough at the laundrette to cover the cost of a washing machine.

But no fridge! Seriously? Well, reasoned Vix, it is winter, she has a wine cooler for essentials and an enclosed back yard where she keeps a soaked terracotta pot for cheese and yoghurt, but as she is practically veggie, drinks her coffee black and works away two or three nights a week she saw no problem in turning the fridge space into a linen cupboard.

The only thing she missed giving away was a Ricard Pernod water jug, so, on Saturday morning, awoken by the seagulls and the smell of coffee from the flat upstairs, we set out for the antique shops of Brighton to find her one. We failed, but not before we had spent four fabulous hours touring the lanes for things we fell in love with and almost, but not quite bought. I could have come home with an Edwardian umbrella for £25, countless sets of china and yet another pair of black 50’s stilettos. At one point, faced with yet another shop crammed with cigarette cards, I felt I couldn’t look another pressed glass tea stand or stuffed magpie in the eye.

But then we chanced upon the real McCoy – a vintage clothes shop with a rickety wooden staircase and rails and rails of silk chemises and Victorian cotton nighties waiting to be discovered. A teenage girl was playing with her phone while her friend tried on pile after pile of petticoats, squealing with delight at each new discovery and declaring, from behind the curtain, that this was the best shop ever. We agreed and spent a happy half hour replaying our youth as we rummaged through the treasures.

As we tottered downstairs to check out the Ercol chairs and pine wash stands on the ground floor we came face to face with a blue sleeveless shift labelled “dress, vintage 90s”. Vix was horrified. “90’s isn’t vintage!” she cried. I agreed – after all, if true it would mean I was wearing vintage pants. Mortified, we made our excuses and fled to the chippy before we became part of the furniture.