Back to previous page | Home Thanks for the memories

Thanks for the memories 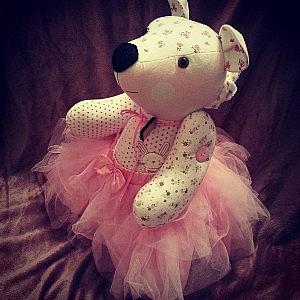 Half term is coming up so we decided to beat the queues by going this week (top tip – if you want to see Dippy the dinosaur at London’s Natural History Museum before she goes on tour don’t be put off by the queues at the front – nip round the corner to the Science Museum and slip in by the back door – no queues, no hassle and you’ll be eye to eye with Dippy before you can say Jurassic Park).

But we weren’t visiting the dinosaurs this weekend – Katy’s doing space and planets at school at the moment so she wanted to go to the space gallery to check out whether the moon was made of cheese and Apollo 11 was made of tin foil. I think we agreed they were. She couldn’t get her hands on any moon rocks but she did get to try on some astronaut’s gloves and see how tricky it is to change the tyre on a space ship a wearing oven gloves.

I preferred to hang around the home’s section – spotting the domestic appliances and bits of furniture that I can still remember – or in the case of the bone handled carving knife, Pyrex dishes and salad bowls – still have.

I began to wonder why we treasure some things – usually the things I drop by accident like well-used but favourite jugs and vases, and others, equally old, like cruets and table mats just seem to slip through generations used every day unharmed and unnoticed. When does today’s clutter become tomorrow’s antiques? In my never-ending quest for closable cupboards and clear surfaces I threw out another binbag of old clothes, battered handbags and never to be worn again scarves at the weekend but I still – as Katy pointed out accusingly – haven’t got rid of the bag of baby clothes stuffed away at the top of the airing cupboard. I’m not kidding myself that they will ever be worn again, but there’s something about them that stops me from getting rid. In previous generations they would have been handed down until they were threadbare or cut up and turned into a patchwork quilt – still something I imagine I will embark on when I have time – ie when I’m 95 and unable to hold a needle never mind thread one. But I’ve just discovered a modern equivalent that I find out about at the weekend, which when I’m feeling brave I might actually do. It’s an ingenious idea set up by a talented crafty mum of three called Hannah who creates keepsake bears out of treasured but no longer worn clothing – she makes beautiful co-ordinated teddies, cats, dogs and sundry other soft toys (giraffes are popular apparently) out of cherished baby clothes, which allows you to remember them guilt and clutter free. The beauty of them is that she can transform tricky things like baby grows and T shirts that don’t exactly lend themselves to being turned into patchwork quilts. She generally uses three or four items of clothing per bear – shabby chic enough to retain your memories but not raggy enough to look like something that could have been scavenged. The results are beautiful, tangible ways to keep your memories and which can be plonked on your child’s bed – whatever their current age. She charges a pretty reasonable £30-£40 a bear and aims to turn your rags into rabbits within four weeks, depending on how much of a rush she’s got on.

According to Stuffocation – James Wallman’s latest analysis of our clutter culture – it’s time we all took a long hard look at our possessions and started filtering and valuing them rather than simply hoarding them “just in case”. It’s something we are all guilty of – however valuable our hoard might be it all eventually turns to clutter: Carol Armstrong, widow of the first man on the moon, Neil Armstrong has just handed over a bag of moon souvenirs including sharp as a pin film footage of the landings, which he had stuffed away at the back of a cupboard 40 years ago and just goes to show – even astronauts eventually run out of space.