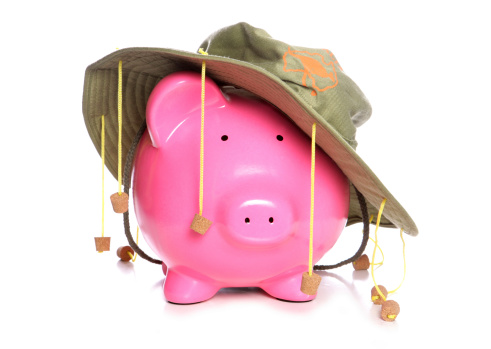 According to traditional folklore – aka what I’ve gleaned from reading the Sunday papers from cover to cover since I was ten – gap years are fabulous for teenagers, but a never-ending nightmare of anxiety and expense for parents.

Now that I’ve survived my gap “year” as a mum and Cleo is safely back home, the truth can be told – although I missed her terribly, I think we got as much out of her being away as she did.

But I digress. Because of financial and time constraints, Cleo’s gap year was reduced to a six week sun ‘n’ surf-fest in Australia, which she largely funded herself by three years of Saturday jobs and babysitting. As a result, there was no way she was going to fritter it away building latrines or pretending to save the snow leopard from extinction. She was in full sun, sea and sightseeing mode.

My only worries about her trip were that she would lose her purse, get sunstroke or break her leg surfing. True to form our first email from her contained the words: “Help I can’t find my key”. Fortunately it was followed by a second ten minutes later “Found it!” which was just as well, as they both arrived at 3am and weren’t read until after breakfast.

These were followed a day later by “My nose is getting better but my feet are wrecked” (no explanation until she got home – apparently she missed a spot with the sun lotion and had to take an unexpectedly long walk in new boots).

I knew the experience would help her to grow up even faster than she is already, but what I didn’t realise that it would also do the same for the rest of us.

With no other adults in the house it meant the younger two were no longer dismissed as “the littlies” and naturally upped their game – helping out more and finding themselves forced to be more chatty because there was no one else for me to talk to.

It also gave me a glimpse of what life will be like in a few months when she finally moves away (we hope) to university. I can’t pretend that I’m not dreading it almost as much as I’m looking forward to seeing her stretch her wings and fly the nest, but these few weeks without her have given me a similarly vital shot of reassurance and confidence. In the same way that Cleo survived being occasionally ripped off, losing her way, and having to fend for herself, I’ve realised that however far away she is, and however much fun she’s having she still needs us; letting go doesn’t mean losing touch.