More shocking than the site of Her Madgesty being wrenched off her pedestal by a malfunctioning cloak is the news from skincare company Flint + Flint, that four out of five of us don’t have a bath or shower every day and one in three goes three days without a proper wash. 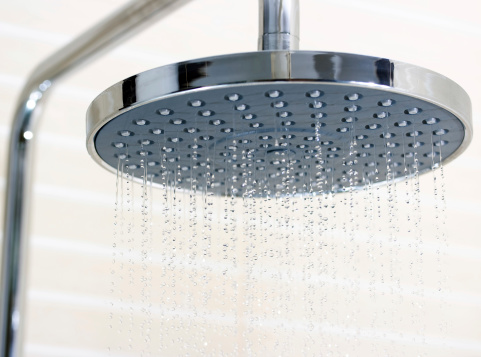 I don’t believe it. Even in the 70s, when bathrooms were issued one to a house and came complete with a resident spider and shuddering plumbing that gushed out an initial blast of copper-coloured water, brown enough to come from a chocolate fountain, we all had a bath every day. Showers were unheard of outside American TV shows. As kids, we shared the water, rinsed our hair with a mug and rowed constantly about who used up all the hot water but it was always going to happen. By Thursday nights when homework, Top of the Pops followed by The Good Life competed for our time it may have been reduced to a quick dunk, but we made up for that on Sunday night, when one or other of us would lock ourselves into the bathroom with the radio, a 50p cucumber face mask from the village shop and an evil-smelling bottle of Vosene shampoo for the Top 40 and not emerge till Radio 1 reassured us that Blondie had taken her rightful place at Number 1 for another week.

So what on earth, in this day of underfloor heating, en suites and showers strong and fast enough to blast the barnacles off a killer whale, is going on? Are we seriously all too time poor to have a five-minute shower? What’s the point of racking up all those Boots points if we never get to play with the proceeds?

At the risk of repeating myself like Victor Meldrew – I simply don’t believe it. The evidence to the contrary is right under our nose – not beating about the bush, but when I first started working in London 20 years ago the crush on the tube was an olfactory nightmare. Each tube carriage had its own particular flavour of BO. Who talks about BO now? Teenagers don’t even know what it means, let alone have a whiff of the paranoia that I felt about suffering from it. As recently as 2007, when smoking in pubs and restaurants was banned, one of the arguments people seriously raised to counter it was that without the masking fug of tobacco smoke, pubs and clubs would become uninhabitable because of the suddenly unfettered reek of the great unwashed. It was a fear that turned out to be completely unfounded.

Call me old-fashioned, but I can’t remember the last time I was hit sideways by a guff of anything more offensive than an over-enthusiastic blast of Lynx. No, it just doesn’t wash – and now, if you’ll excuse me, I’m late for my shower.