The tragedy of the sudden and premature death of Andrew Getty, one of the heirs to the vast Getty fortune, has rekindled the old adage that family wealth rarely survives three generations. The money might last, but often the temptation, excesses and sheer burden of carrying all that cash and expectation around is too much for grandchildren to bear and means that subsequent generations pay a huge price in health and happiness. 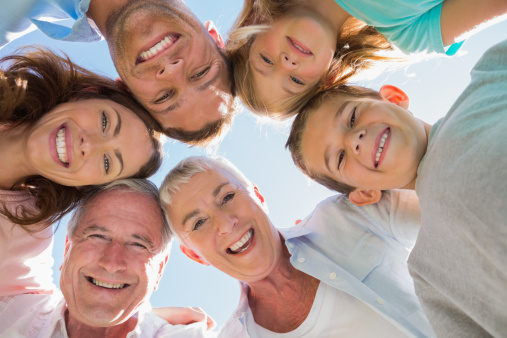 You don’t have to look far to find examples of the “shirtsleeves to shirtsleeves in three generations” proverb. According to private bank Merrill Lynch 90% of family wealth does not survive into the third generation. The reasons vary, but among the favourite theories are a) those who inherit wealth rather than working for it do not have the same healthy respect for it and, like lottery winners, treat it as something to be spent rather than grown, b) second and third generation don’t have the financial nous to look after assets, and c) the mathematics is against them – the number of dependents multiplies down the generations leaving less and less to go round.

Add in temptation, an unshakable sense of entitlement and sloth and you get the perfect recipe for misery and bankruptcy. However, the super-rich have their own way of preventing these disasters and I stumbled upon them by accident the other day. They are called family officers. The super-rich – and you have to be super-rich to either afford one or be welcomed into their elite circle – provide teams of experts who swoop in and “manage” not only the family finances, but the family themselves. They act as gatekeepers to the family cash, and, like human Lassies, will shepherd, cajole and educate the younger members of the family into becoming part of the family firm, rather than part of the problem.

It sounds a fabulous idea. I want one. We may not have much, but, as Fagin so jauntily put it: “Whatever we’ve got we share” and – now how can I put this tactfully – sharing what might laughingly be called “family wealth” between four children is bound to result in some tears before bedtime.

Wouldn’t it be lovely to pass the responsibility for all those awkward conversations about money, or lack of it, onto someone else? So instead of parents and grandparents having to bite their tongues and watch silently and helplessly as their children make disastrous marriages, hopeless career decisions and terrible financial choices, or worse, put up with endless eye-rolling and agonised Sunday lunches if they tactfully try to inject a little decorum and sanity into their children’s financial lives, you could hand all the responsibility over to a family office. Their experts would swoop in, and whisk them off on a training course to instruct them on the nuts and bolts of a balance sheet. They would take them away for an instructive spa break to explain the importance of making wills and not splurging every last cent on a Ferrari or a trip to Primark just because you can – and before you can say Eika Batista little Tabitha has signed a watertight prenup, her irresponsible 18-year-old brother is up to his neck in a Houdini-proof Trust Fund allowance for all eternity and Granny’s inheritance is safe for another fifty years.

These things cut both ways, it’s not just the young who need an injection of financial nous. This weekend, we are all being persuaded to buy ISAs, and overpay our mortgages before the end of the tax year, and those lucky enough to have pensions are apparently all about to be fleeced by conmen lying in wait to liberate them from their newly liberated pension pots on Pension Freedom Day. I think every granny in the land should be entitled to a Family Office don’t you?