Back to previous page | Home Food for thought

Our money columnist Amanda Blinkhorn looks at self-help for money dummies – and how to balance the books before someone does it for you. 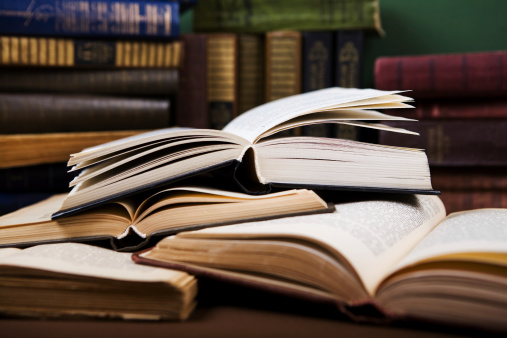 I’ve got two weeks of marking and ten weeks of lessons to plan, so obviously I’ve spent my last two childfree days tidying the bookcases. I’ve uncovered books I’ve never read, but keep meaning to (Middlemarch, On The Road, Rosemary Conley’s Hip and Thigh diet) books I can’t read (The Tao of Physics, anyone? I took that on for a bet 20 years ago and have yet to get past page 23) and books I always reach for in terms of crisis (anything by Jilly Cooper, Nancy Mitford or Dorothy Parker because no one else says, “pull yourself together,” with quite so much charm).

Among the keepers is my pile of much-read and never followed financial self-help books. Like all self-help books, they are basically diet books that swap calories for whatever particular personal demon you’re not getting to grips with – in this case, dosh.

But still we persist in finding an easier, less disciplined solution, and I can’t resist reading them just in case I missed the chapter that advocated the “shop till you drop” desensitisation system.

For sheer technical knowhow, Sorting Out Your Finances for Dummies by Melanie Bien is hard to beat. Her rule number one is “Don’t spend more than you earn”. Bingo. I think I knew that.

I know what the problem is – I lack the drive to do the blindingly obvious, so when I feel my motivation slipping, I turn to the more folksy The Lake of Two Rivers by Rolf Eliason, a Canadian financial advisor who uses personal stories to nudge his readers into making sensible financial decisions. His financial premise is based on the Lake of Two Rivers in Algonquin Park. One river feeds the river, another drains it. If you want a bigger lake you don’t start hunting around for a non-existent bigger river to feed it – you dam up the river that drains it.

The basic truth at the heart of all these books is that unless you make a budget and stick to it, someone else will do it for you. And that isn’t going to be pretty. You don’t have to look far to see the grim reality. If you need a graphic example of how miserable life is when money runs out, look at what’s happening in New York where 1.7m people are dependent on SNAP (Supplemental Nutritional Assistance Program – formerly food stamps) worth $1.38 (92p) a meal per person. To publicise how difficult it is for any family to survive on that amount, a New York chef and restaurateur launched the Food Bank Challenge – inviting celebrities to live on Food Stamps for a week. Gwyneth Paltrow survived three days before caving in and buying a packet of liquorice (obviously). She may have invited ridicule by blowing most of her budget on limes and coriander, but at least she had the guts to go public and admit defeat. I wonder how well I’d do feeding our lot on 92p a person for each meal?