Back to previous page | Home Moving on…

Our Money columnist Amanda looks at a different kind of hoarding… 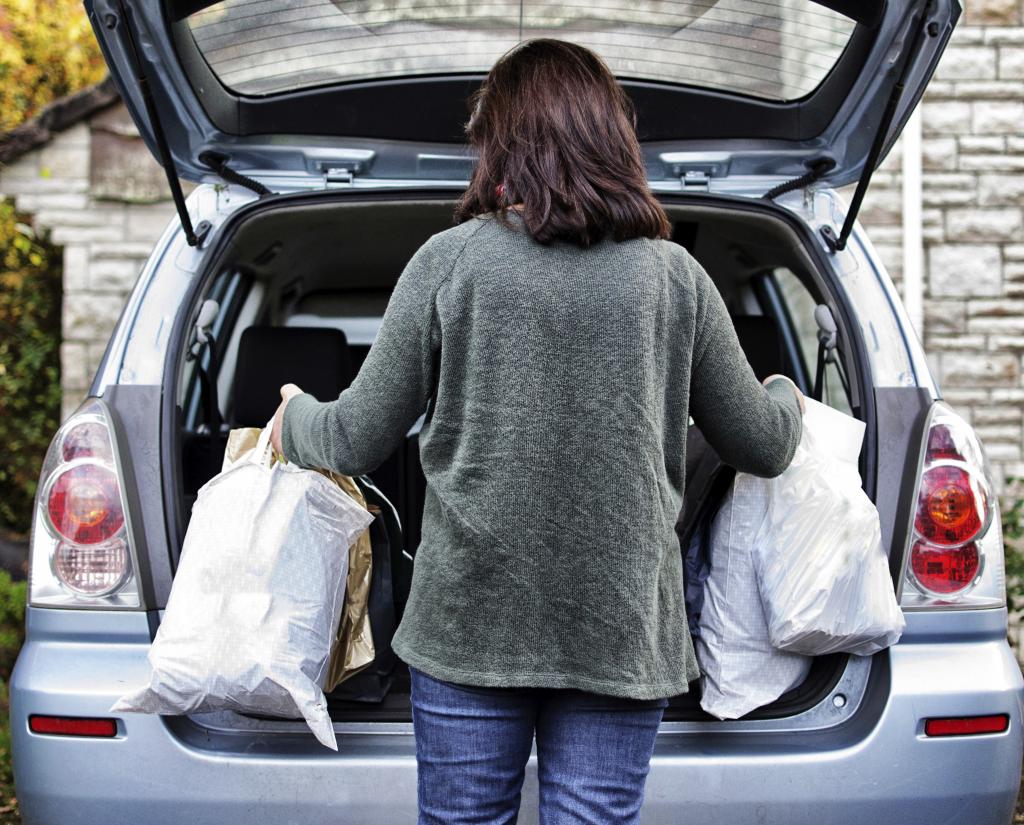 I was feeling quietly proud of myself this week – not only is my charity shop churn rate looking particularly healthy (two bags out for every random stray object in), I also managed to prise Jack and Katy away from their screens long enough to help me clear the flat roof of broken pots, broken trellis and broken plastic toys.

Congratulating myself on the amount of money I’d saved by doing all that donkeywork, I treated myself to two hours’ use of the car club to haul all the stuff off to the tip. Having lined the boot of the rented car with plastic and dustsheets, I heaved a bin bag of old paint tins up… and with it hovering ten inches away from the car boot, I realised that the bag was sloshing, and dripping… yes, that bin bag containing two five-litre cans of paint I had lugged all the way off the roof, into the garden and out to the car had left a puddle of custard-thick emulsion all over the drive. I had been two seconds away from a multi-hundred-pound car-cleaning bill.

I spent the next two hours sweeping and hosing and swabbing the drive, while passers-by tiptoed and tutted their way past the puddles of paint.

Meanwhile, upstairs, T, our moonlighting schoolteacher turned holiday decorator, was painstakingly painting the bathroom. Having rollered his way round the ceiling and walls, he was using what looked like an eyeliner brush to paint the wooden frames of the glass- panelled door. Not only had he not spilt a drop, it wasn’t even dripping down the frame. Katy was transfixed. “Do you need to go to university to learn how to do that?” She asked. Sometimes it takes a ten year old to point out the value of doing things properly.

Realising that I’d been a whisker away from forking out the cost of the redecorating simply to fix the damage I almost caused to the rented car, I decided I was much safer on the internet and snuck inside to catch up on the news. I discovered I wasn’t the only one choosing to revamp rather than move. According to the Intermediary Mortgage Lenders Association, families now move far less often than they used to. Homeowners tend to stay put for an average of 23 years compared with eight years in the 80s. They put this trend down to three things – people buying homes later, more people renting and, ‘the baby boomer ‘hoarding effect’. ‘Hoarding?’ How can you accuse people of ‘hoarding’ a home? It’s not as if we’re keeping them stacked by the bed like a skyscraper of magazines.

So far from freeing myself of one hoarding label, I’ve just acquired a new one – I am officially a ‘house hoarder’. Apparently it’s not enough to declutter your home now – you have to declutter yourself of it.